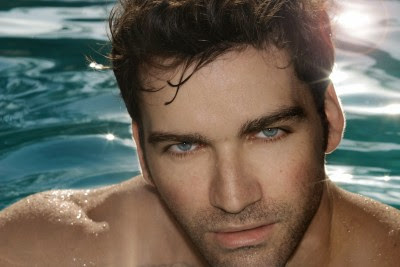 5/5 stars
"This is my first time reading N.D. Wylders’ writing I could not put this story down. There is action, adventure, hotter than sin dominates, and so much more in this story. I am a sucker for a great fairy-tale. This one is a twist on the Brothers Grimm story Iron John. Don’t Call me Iron Man is an amazing must read story."
~Tina,  from Redzworld Reviews 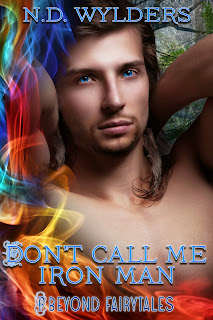 READ  EXCERPT HERE
BLURB: Once upon a time...there was this guy. A man who had an IQ out of this world and was arrogant enough to give the legendary Tony Stark a run for his money. He had everything he could ever want—a good job, more money than he knew what to do with, and all the sex he wanted—no strings attached. But that all changed on one fateful night...

The last thing Ivan Chugunov expects when he drop by his favorite haunt for a few brews is to be entertained by a mysterious storyteller. But as he listens to the man's tale of a prince and an oddity that went by the name of Iron John, he finds himself lost in the story...only to awaken in another realm—one with a quest—for him. Repair the purifier vital to all those who lived and retrieve a medical unit. Seems simple enough and a small price to pay to return to his own time.

Well, until he finds out that said 'LT-1789 unit' is actually a reclusive cybernetic man. One who will demand his own price of Ivan—three nights of unbridled sexual bliss...with Ivan at his mercy. Only then will he return to the royal clutch.

Can Ivan, a man who relishes control above all else, submit to a man who may be more machine than human? 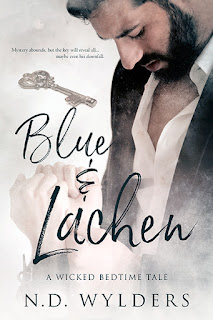 The fairytale of Bluebeard may have entertained many of a young lad, but for Lachen McCloud it’s about to become his reality.  Rescued at the behest of his father, by a dominant that only goes by Blue – he never expects to find that Angus McCloud has sold his very soul to a devil wearing deck shoes.  Now locked away in Blue’s mansion, he has the run of the house, except for one room – the one that can only be unlocked by the tarnished silver key Blue wears around his neck.  The abused submissive inside Lachen warns him against his curiosity, while the re-emerging brat begs him to disobey.  He needs know what the silent Blue is hiding.
Emery “Blue” Bluemont is a self-aware man. Reclusive since the death of his submissive, he’s buried himself in growing his charter business, locking away any inclination he’s ever had to dominate. He’s become so ruthless, that the only way to expand into the West Caicos is to merge his growing fleet with McCloud’s Endeavors.  He’s willing to do anything – even revisit his past to achieve his goal.  A quick in and out, claim McCloud’s son as his newest sub, and then bury the boy in his mansion.  Should be easy, right? Except for the fact that once he rescues the lad, his dominant side re-emerges – especially when he catches the boy in the one place he was forbidden to go – Blue’s Dungeon.