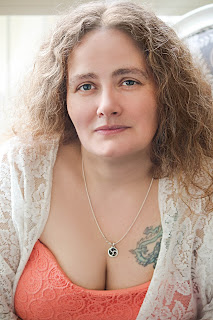 N.D. Wylders is the flip side to your average girl next door.  She writes about all the illicit things a man can do to another man, that would make her children blush, if she let them read her stories. As the slightly naughtier side to Dakota Trace, she indulges in her passion for hunky men who just happen to love other hunky men and makes no apologies for it.
Writing professionally since the early 2000s, she dipped her toes into the world of m/m erotic romance in late 2014 with her debut novel, Don't Call Me Iron Man.  As part of Decadent Publishing's Beyond Fairytales line, she launched her career as a m/m author who loves to indulge in steamy scenes where nothing is taboo between two (or three) men who happen to love one another.
If you'd like to reach out to N.D. she has all the usual social media sites and would love to hear from you.