So once again it's time to do a little #mysexysaturday fun.   I've been remiss as of late in joining - mostly because my real life got in the way, but I'm back and happy to join in once more.  And what a great week to join. This week, we're talking about sexy firsts.  It could be the first kiss, the first meeting or as our wonderful founder, Lynn Crain says "sexy first ride in a spaceship with that sexy someone."  Which of course makes me giggle.   But I digress, so lets get on with the show. This week, I have the pleasure of sharing seven sexy paragraphs from my upcoming release from Decadent Publishing.  As part of their Beyond Fairytales line, Don't Call Me Iron Man has made an appearance more than once on #MSS.  So enjoy as I reintroduce you to Ivan and his sexy cyborg, Lucero - and their first meeting!  (Oh and also check out the sexy cover the talented Syneca Featherstone made for it!) 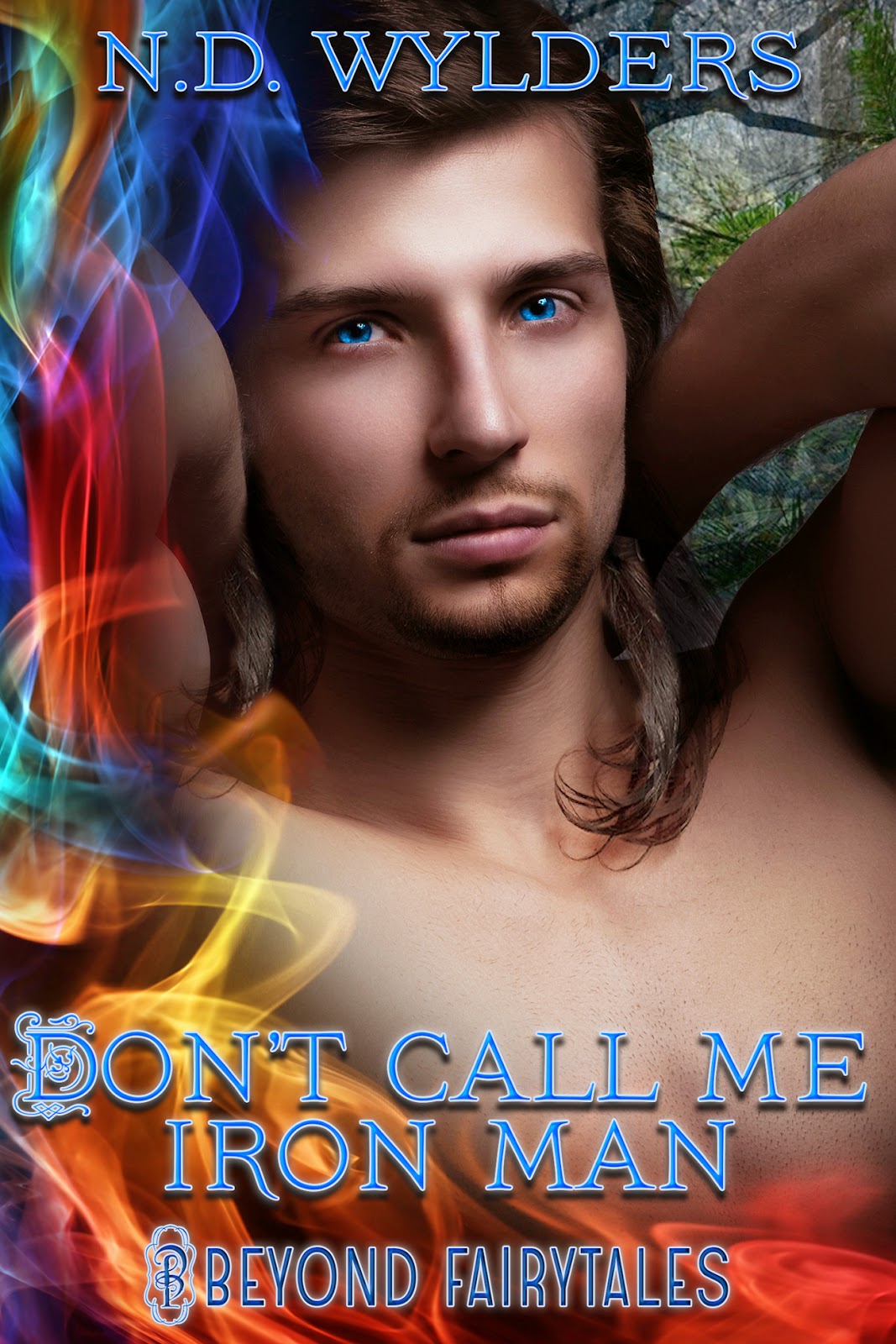 
Caroc’s scream pierced the night as razor-sharp talons raked open the man’s vulnerable stomach. Blood spurted and Ivan stumbled back. The flight instinct was riding him hard. Nothing could’ve ever prepared him for the brutality of the attack. Or the grim reality that he most definitely was not in Kansas anymore.
“Be still.” The sudden harsh whisper filled his ear.
Already on edge, Ivan jumped. A soft curse passed his lips as he was dragged back against a hard body. His penlight revealed the planes of an almost perfect face before it was knocked out of his hand to the ground. Surprise warred with apprehension as the other man held him with ease then closed a dark cloak of some type around their combined bodies. Ivan tried to twist away, but his captor refused to let him go, even when he arched backward and ground his ass against the stranger’s groin. Within moments, the man’s cock stiffened then wedged between the cheeks of Ivan’s ass.
A hand clamped over his hip. “Stop. Now is not the time to lure me with your wicked ways. I don’t care what the queen has promised you. It will matter not if we don’t survive. The morte’metentis has an unshakable thirst for human blood, but has poor vision. Our only chance to survive is to remain still. It may not be able to see us, but it has sharp hearing.”
“It does?” He cringed at the sound of bones crunching when the beast tore an arm from the guard’s mangled, limp body. Even though he didn’t care for Caroc, he wouldn’t have wished such a fate on him.
“Yes. Now be still.  I do not wish to be its dessert.” Then as if the mysterious stranger could read his mind, the man spoke again. “There is nothing we can do for him. Even a drop of its venom is fatal for humans. He was dead from the moment it tagged him.”
Ivan had no choice but to stand still in the man’s arms, as the morte’metentis devoured the last of its late-night snack. Each growl as the beast shredded its feast seared into his memory. His utter helplessness warred with desperation. There would be no escape for him. He didn’t know how it had happened, but he wasn’t on Earth anymore. And he would have to play Queen Theria’s game if he wanted to go home. But without his guard, how could he even find the missing medic unit or return to the clutch? I’m so fucked.