So this week we're talking about the 'boss' of our stories.  In the case of my Love's Landscape novella, it happens to be Alejandro, a young fresh faced college graduate who has returned to take up the reins of his father's failing ranch.  He's got determination, grit and all those other wonderful qualities that made me fall in love with him.  Of course, he takes care of all those around him, including Benji, his much older and more world-weary hand who has come back to watch his mother die.  This week's snippet comes from a scene directly after Benji's mother passes away.  Alejandro has offered to take Benji into town - since he doesn't want his grief-stricken hand to drive. 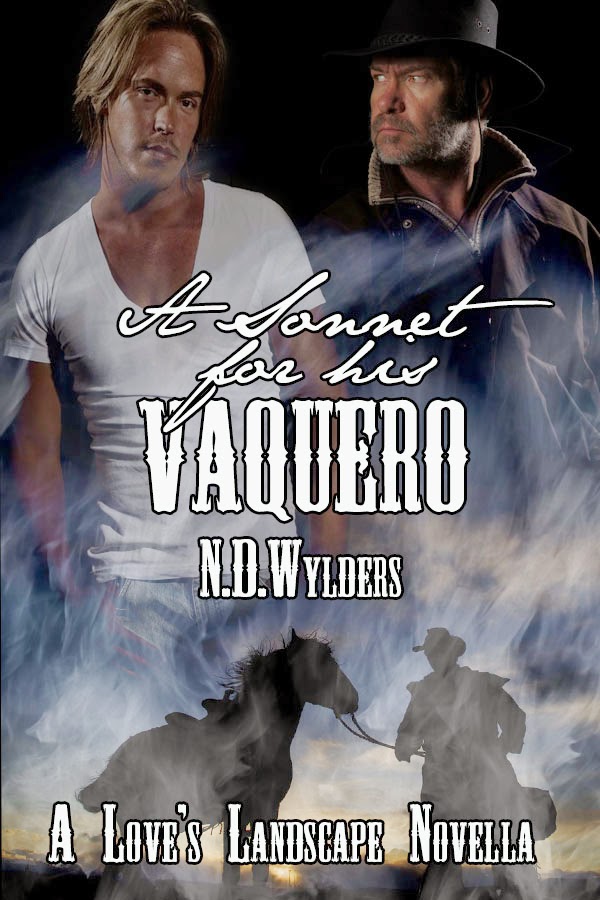 Keeping his emotions under tight control was difficult, but Alejandro managed. With his back to Benji, he busied himself with loading the dishwasher, and waited for Benji to head outside. It was their routine. The older man would scatter the chicken feed while he cleaned up the breakfast dishes. But, as the man continued to sit and watch him, even after he’d made a joke about jumping him, Alejandro felt like a bug under a microscope. He probably shouldn’t have kissed him, but he’d had such a lost look on his face, and then he’d tried to warn Alejandro off taking him into town. When would the man learn that, despite his age, Alejandro didn’t run from a confrontation?

The sudden scrape of a chair being pushed away from the table had him sighing in relief. Soon he’d hear the snap of the screen door, but instead there was a sudden heat against his back and Benji’s arms appeared on either side of him as the larger man crowded him closer to the counter.

“If I don’t remember to say it, thank you, Alejandro.” His voice rumbled over Alejandro. Every muscle in his body trembled with anticipation.

“You’re wel—” He found himself suddenly spun around to face Benji— or rather Benji’s chest. Even as big as Alejandro was, his hand still stood a good eight inches taller than his respectable five-foot-ten height.

“But the next time you kiss me, it’d better not be because you feel sorry for me.” He wrapped a hand around the back of Alejandro’s neck to pull him up on his tiptoes. “Because I’d hate to have us end up in bed for that reason. Especially when I want you squirming under me because you want me as much as I want you.”

Then Benji laid a kiss on him that rocked Alejandro to his toes. Clinging to Benji’s wide shoulders, he was panting by the time the older man lifted his head. Benji didn’t seem to be in much better shape, his cheeks ruddy and his breath fast.

“Just remember that, boss.” He warned before stepping back.

And don't forget to stop by the rest of the wonderful #MySexySaturday Family!