Once again it's time for Seductive Studs and Sirens. This week I'm going to share a short snippet of a flash piece that I wrote for the House of Manlove's  Hot Summer Flash blog hop. The rules were fairly simple.  Write a 1200 word flash that revolves either around Freedom to Marry concept (the idea of a committed couple taking it the final step and marrying) or MidSummer Madness (a summer fling.)  Of course my alter ego picked the Freedom Marry concept but I went all out for the Midsummer Madness.    And below is the opening lines for Off Limits, a flash about two men who shouldn't be together, but can't seem to resist the lure of one another. 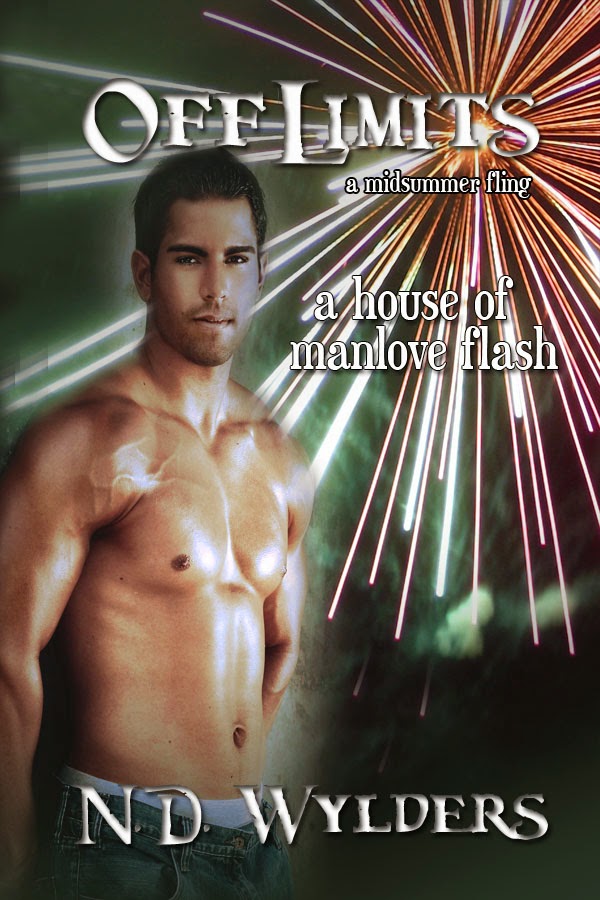 “It wasn’t e-fucking-nough…” Lucas grounded his erection against his thigh. “I can’t forget. I need you to fuck me again. Forget about all the reasons we shouldn’t be, and focus on this…” His tongue thrust past Kenneth’s parted lips.


Lust fogged his brain and his body begged him to give into the other man’s allure. His reasons to stay clear of Lucas Di’Angelo were solid, but at the moment his little head was overriding them. The need to taste more, to feel every inch of the other man’s body under his and ride out every ounce of pleasure was all consuming. Later, he thought hazily, later he would remember why screwing his boss’s son was a bad thing.